Posted on September 3, 2015 by Morgan of DCFunemployment

Okay so I started to write about this before but I kind of wanted to wait to see where the chips fell.  Here’s my humble opinion:

Let me start at the beginning for those of you who did not follow the story.  It all began with a couple, as it always does, who happened to be lesbian and wanted a baby.  Both woman are white and the story takes place in Ohio.  Jennifer Cramblett (pictured above) carried Payton.  First let’s not pretend that every couple does not come in shopping for a specific person.  Nobody comes in and says just give me the best in the house.  Everyone comes and asks for what they want.  A certain race for sure for some even down to specific hair and eye color.  It’s human nature to want offspring that looks like us and there is nothing wrong with that.  This couple did not get what they asked for, instead they were given a black mans sperm instead and now their daughter Payton is biracial.

The Midwest Sperm Bank apologized and issued the women a full refund for the six vials but Jennifer Cramblett, the woman who carried the child, made the choice to sue.  Her reason and argument for the suit?  They choose to sue for “wrongful birth” and “breach of warranty” (both claims were rejected by a judge as basically lack of legal merit).   Their argument was basically that they did not sign up for raising a Black child in the Midwest, where people can be intolerant and ignorant (yet they accept you being lesbians?!?).  They stated that there were additional challenges due to her race. They also had concerns about how she would be accepted in the community. Not bad concerns to have actually and the concern that many black mothers across America face everyday and guess what… THEY DIDN’T CHOOSE IT EITHER!!  What I love about this case is that it is white privilege personified.  It basically screams that you have set my child back because she was not born white and is it untrue??

As told to Huffington Post, they “wanted their child to bear some resemblance to them — particularly her partner Amanda Zinkon, who would not be carrying the baby. After hours spent poring over sperm donor profiles, they found a donor with blond hair and blue eyes who looked like he shared heritage with Zinkon. But they didn’t get the sperm they ordered.”  They love her and I do believe that because they are willing to move to meet her needs but what will Payton think when she’s old enough to examine all this? 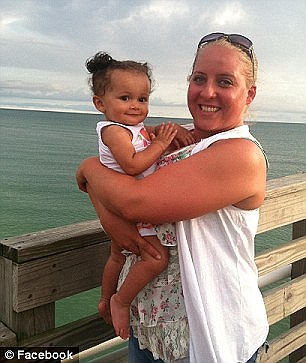 Wrongful birth is generally reserved for children born with birth defects that the doctor should have warned the parents about.  Blackness, despite sometimes feeling like it very much is, is not a birth defect.  Now I don’t disagree with Jennifer that Payton’s life will be very different from her parallel universe white self but they went about this all wrong.  First off in 2014, they should have hired an agent instead of a lawyer.  They should have taken their refund, sued for breach of contract (or warranty) and quantified the additional cost they have incurred due to Payton being different then them and list it all, they mentioned possibly moving, add in the cost of a more diverse school, add in the cost of cultural activities, show an informed effort to meet her needs and then bring on the blog that leads to the reality show about raising Payton.  Build a community, talk to people with biracial children or adopted children and what they have done to navigate. RELATE to other people.

It sounds like these ladies have their hearts in the right place and simply want what is best for their daughter.  This company was also clearly negligent in delivering on what they promised all because someone mixed up a 3 and a 8, a simple change to one digit that changed someone’s whole world.  At the end of the day though Payton is a healthy beautiful baby that is the blessing you asked for, just in a slightly different packaging.  Shake up Ohio a little bit, you made it though small town living as lesbians, she will likely survive being black.  You will just lose out on a lot of sleep.  Welcome to being the mother of a black child in America.  Now go read some Peggy McIntosh and get on with the struggle!

Welcome to DCFunemployment. My name is Morgan and I am a native Washingtonian. In this post Paris Hilton era, socialite has became a bit of a dirty word. However by definition, a socialite is a person who is well known in fashionable society and is fond of social activities and entertainment. Like it or not, that's me so these are the diaries of a reluctant socialite. Follow me here or on social media to see some of the best that DC has to offer.
View all posts by Morgan of DCFunemployment →
This entry was posted in Current Events, Donor Mistake, News, Opinion, Race and tagged Current Events, News, opinion, Race. Bookmark the permalink.